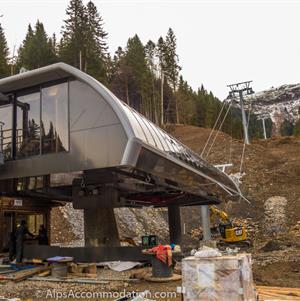 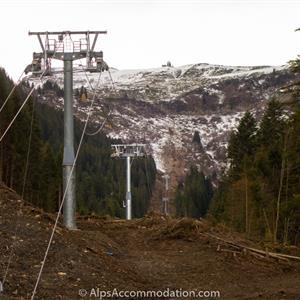 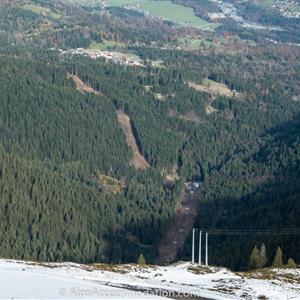 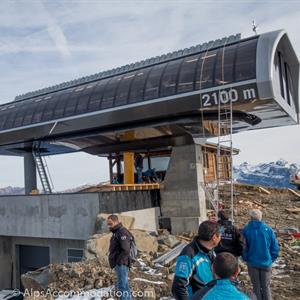 Alps Accommodation were recently invited to an excellent morning of exploring the numerous, and significant, ski area improvements carried out in Samoens and Morillon ahead of the 2017-18 ski season. On paper, these summer works sound highly impressive with highlights including the opening of an entirely new bowl containing a brand new lift and 2 new pistes, and a major remodelling of the Tetes des Saix summit. We were keen to get up there and see for ourselves what's been happening!

Our first stop on the tour was the bottom of the new Coulouvrier chairlift, situated at 1160m in the Coulouvrier bowl between Samoens and Morillon. As the longest lift of its kind in Europe, its inspiring standing at the base station, gazing straight up the 2.5km line of shiny new pylons, which have just had the cable installed. Featuring monstrous machinery, the stuff of childhood dreams, work was underway to shape the final stretches of the two new blue pistes which will link from both Samoens and Morillon. And as if perfectly orchestrated, the first delivery of chairs arrived as we made our way to the next stop on the tour!

After a winding drive up the Sairon piste from Morillon 1100 our next stop is on the Arete piste, overlooking the Coulouvrier bowl, and a much better vantage point to take in path of the new pistes. For those who know the Grand Massif, the first new blue piste will begin once through the tunnel which took you to the old Lanches chairlift (now removed). While the blue piste on the Samoens side begins from the bottom of the nursery area, providing a second route from Samoens to the Tete des Saix, and relieving traffic on the Charriande Express at peak times. And if that's not enough, two new red pistes are planned for winter 2018-19! Both runs will enter from higher in the bowl, again from the Samoens and Morillon sides, before merging in the middle and then following the lift line.

Onwards on our journey, and arriving at the Tete des Saix the changes are immediately obvious to anyone who knows the area. The rocky summit, which hosted the top of the old Lanches chairlift, has been completely removed to create a wide, open plateau hosting the new Coulouvrier chairlift top station. The sheer scale of the rock and earth removed is incredible, and will without doubt dramatically improve the flow of skiers and snowboarders passing through this area. The top of the Marmotte piste has been substantially widened, while inexperienced skiers heading for Flaine can now bypass the occasionally tricky section off the summit of the Tete de Saix.

So, overall, works are progressing well and there are a lot of exciting developments to look forward to this winter in the Grand Massif. We've already had a few cold snowy spells in the valley, and with snow covered peaks surrounding Samoens, it's fair to say we're more than a little excited!

A full list of the works happening throughout the Grand Massif for winter 2017-18 can be found on our website. 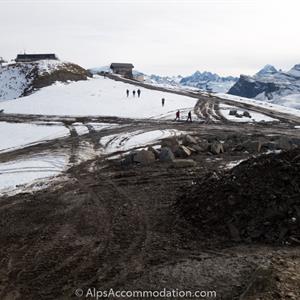 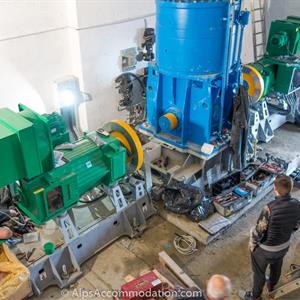 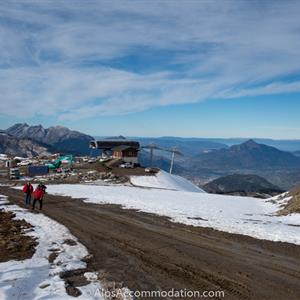 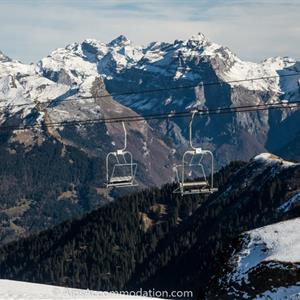 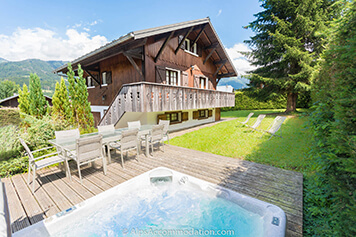 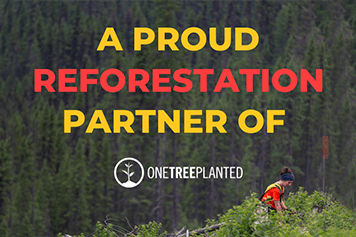